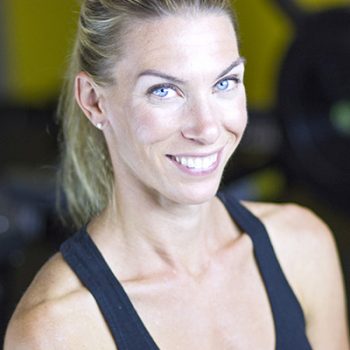 Debra is the founder – and until recently the CEO of Row House.  Row House is an innovative boutique fitness brand that launched in 2014, pioneering “rowing for fitness” as a whitespace opportunity in an otherwise increasingly cluttered landscape.  Row House is expected to open 100 Franchise Units annually in the US through 2022.

Before founding Row House with her husband and business partner, Eric Von Frohlich, the couple also launched another successful fitness concept in 2012, EVF Performance.  Debra and Eric grew both brands without outside partnership and investment.  In December 2017,  Xponential fitness backed by TPG acquired the Row House Brand and Expansion rights.  Debra and Eric act as founders and advisors to the franchise company, and continue to operate and grow the NYC studio footprint.

Debra’s professional background is in marketing and also business development. In addition, she had a parallel fitness career working for the top NYC gyms as a fitness instructor for a hobby.   Debra has startup and corporate experience having worked for innovators in publishing.  and later, NYC & Company under Mayor Bloomberg where she was responsible for the growth of $1.6M in digital revenue for the city’s website NYCgo.com. Debra is a graduate of Binghamton University, and the Goldman Sachs 10KSB program.